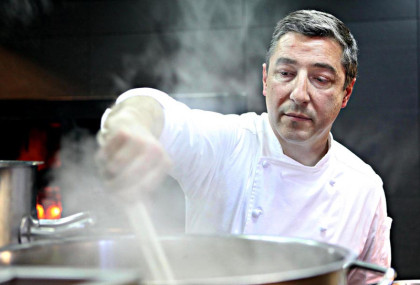 (1964, Girona, Spain) Chef. He has worked with the grandparents and parents in the traditional Catalan restaurant of the family. He studied his academic course at the Escola d’Hostaleria de  Girona, where several years later he went to teach. Nowadays he controls and runs, with his two brothers, Josep –sommelier- and Jordi – pastry chef- his own restaurant, El Celler de Can Roca. In his cuisine, he creates harmony with traditional flavors and modernist technics, fruit of a continuous investigation  committed in innovation and creativity.